(Contents under development and subject to change, refer to final in-game ver.)

When a player pulls a legendary hero, there’s a 50% chance of it being Garrell. If the first pull was not successful, the next legendary hero summoned is guaranteed to be Garrell.

Before: Attacks have a 50% chance to deal bonus 35% damage

After: Attacks have a 50% chance to deal bonus 50% damage

Before: Deals 100% damage to one enemy and applies Defense Down II for 2 turns

After: Deals 100% damage to one enemy, applies Defense Down II for 2 turns, and launches a Joint Attack with an ally.

Before: Deals 100% damage to one enemy and applies Unhealable for 2 turns

After: Deals 100% to one enemy, applies Unhealable for 2 turns and Silence for 1 turn

Before: Deals 120% damage to all enemies, with a 50% chance to apply Frozen for 1 turn. Chance increased to 80% if the enemy is affected by Frostbite

After: Deals 120% damage to all enemies, +50% damage to the main target and applies Frozen for 1 turn. 50% chance to apply Frozen to surrounding targets for 1 turn. Chance is increased to 80% if the enemy is affected by Frostbite

Before: Applies Immune and Attack Up II to an ally for 2 turns

After: Applies Immune and Attack Up II to an ally for 2 turns, grants the target a bonus turn at the end of the round

Ultimate: [Shield of the Light] Decreased skill cooldown from 6 to 5 turns; fixed the Crit. Resistance Increase from 30% to 50%

Special: [Chains of Vengeance] Increased the duration of Crit. Damage Up from 1 to 2 turns

Ultimate: [Curse of Agony] Adjusted the effect of Revenge

Before: Attack increases by 20%, Max 3 stacks

After: Attack increases by 30%, Max 2 stacks

Special: [Waraxe Throw] now will apply Focus Up to self

Basic: [Dark Shreds] now will apply Focus Up to self

Before: Attacks have a 50% chance to grant a bonus attack…

After: Attack have a 40% chance to grant a bonus attack, +15% chance per valid hit on the enemy…

Ultimate: [Boulder Throw] now will apply Shield equal to 20% to Max HP for 2 turns to self

Ascended: When HP is above 50%, attacks have a 30% chance to apply Stun for 1 turn. When taking damage more than 30% of the character’s Max HP, grants Shield equal to 30% of Max HP for 2 turns, can be triggered once per round.

Special/Passive: [Ranged Support] Increase damage from 100% to 120%, and will have a 50% chance to remove 1 positive effect from the target

Trait: [Survival of the Fittest] now will apply Stealth for 1 turn at the start of the Battle

Special: [Poem of Nar] Rework: Changed to passive skill, When HP is below 50%, grants Shield for 2 turns. If this character already has Shield, immediately grants a bonus turn. Can be triggered every 2 rounds.

[Water Prison] will apply Stun on an enemy for 1 turn and remove 1 of their positive effects.

4. Adjusted the tabs position, layouts, and text color in the Friends interface

3. Fixed the translation error of Vanguard Set in traditional Chinese 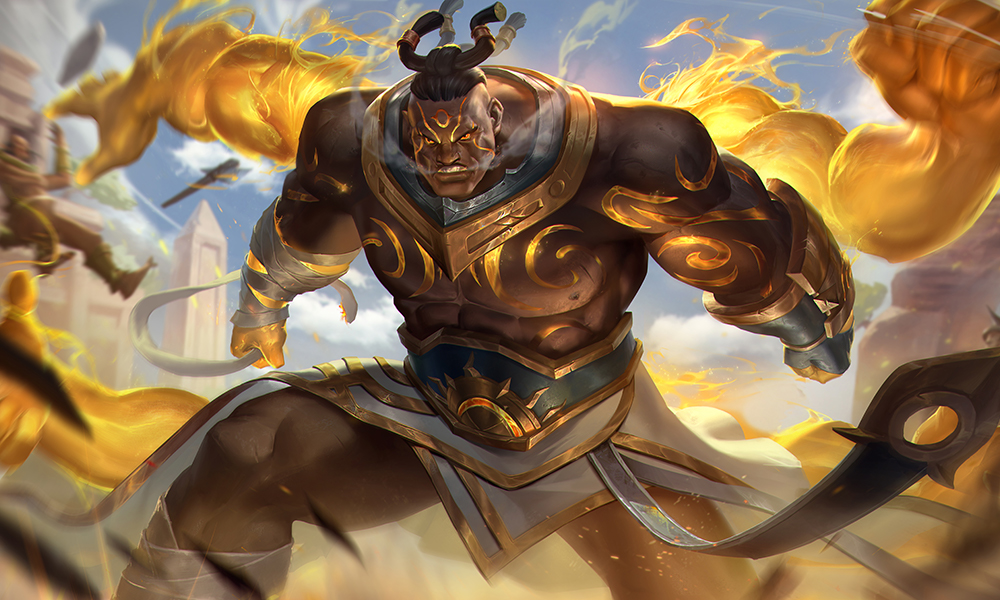