[New Magic Pass] King of the Dwarfs – Brand will be available soon!

[Heroes] Heroes that have reached their level cap will be shown with a [MAX] label.

[Quick Promote] Now able to select which rarity of heroes to consume for quick promote.

[Rookie gameplay #1] Kane and Zachary acquired from the story will start at level 5.

[Heroes] A message will show when banishing a built hero or using it as ascension material.

[Hero Synthesis] Unlockable synthesis will be shown first. Improved notification of having the required heroes.

[Battle] Improved effects for some heroes during battle.

Before: Applies a Moonlight at the beginning of the turn.

After: Applies 2 stacks of Moonlight at the beginning of the round.

Trait [Elemental Affinity]: Grants this character elemental advantage when attacking. Can be triggered once per round.

Ascension Effects: Grants this character elemental advantage when attacking and being attacked. Can both be triggered once per round.

[Lightshot] Attacks an enemy, with chances to apply [Stun] for 1 turn.

[Flashing Pirouette] Removes 1 negative effect from self, deals damage to an enemy, and steals 1 positive effect.

[Ender’s Beam] Deals damage to all enemies and applies defense down for 2 turns. Grants a shield to self. Shield strength scales with this character’s attack

Ascension Effects: Immediately grants 3 [Parry] at the start of the battle.

[Lethal Strike] Deals damage to an enemy and applies [Unhealable] for 2 turns.

Passive: Grants 1 Rage when an ally uses an ability. Uses the Active of this ability when has 5 Rages. Can be triggered at most twice per round.

[Rage Eruption] Deals damage to an enemy, with extra damage if the target has 50% or less HP. If an enemy is killed, launches a bonus attack with [BloodShed].

Increased the damage scaling of [Dark Sword] and [Clamity] with the Health lost by this character.

[Holy Sword] Now enhances the stats of all surviving allies by 100% of the caster’s Attack.

Trait [Survival of the Fittest]: Changed from Ability may only be triggered 1/2 time(s) per battle, to can be triggered every 4/3 round.

Trait [Pleasure and Pain]: When ascended, Reduces all ability by 1 turn upon the death of an enemy. Grants [Attack Up] for 1 turn.

Trait [Soul Reaper] now has a bonus to damage from negative effects before ascension, and a higher bonus after ascension.

– Shield granted by Water Whip now no longer scales with the number of positive effects affecting this character.

[Valuk] Fixed a bug where Poison from [Corrupting Roots] can be applied multiple times in a turn.

[Evelyn] Fixed a bug where the character’s trait triggers a text error.

[Mulhex] Fixed a bug where [Rampage] has incorrect attack effects.

[Hector] Fixed a bug where Hector can use [Waraxe Throw] with no limits.

[Valeria] Fixed a bug where the video and sound mismatched during the ultimate animation.

[Gubeg] Fixed a bug where the order or turns were shown incorrectly when Gubeg has multiple turns.

[Orakh] Fixed an error where the Avarice Set does not affect Orakh’s Combo triggered by a critical strike.

[Nicklaus] Fixed a bug where [Holy Sword] would result in the game crashing.

[Ravyn] Fixed bugs where ultimate ability and attack effects mismatch, and the game crashed during her turn.

[Queen of Tides] Fixed a bug where the shield still exists on the HP bar after it has been dispelled.

[Charles] Fixed the configuration error of Charles’s Rage upper limit from 10 to 5 points.

[Abaddon]Fixed a mechanic error in Abaddon’s ultimate ability where Death Knell would incorrectly prolong all negative effects instead of the stat-Reduction effects. 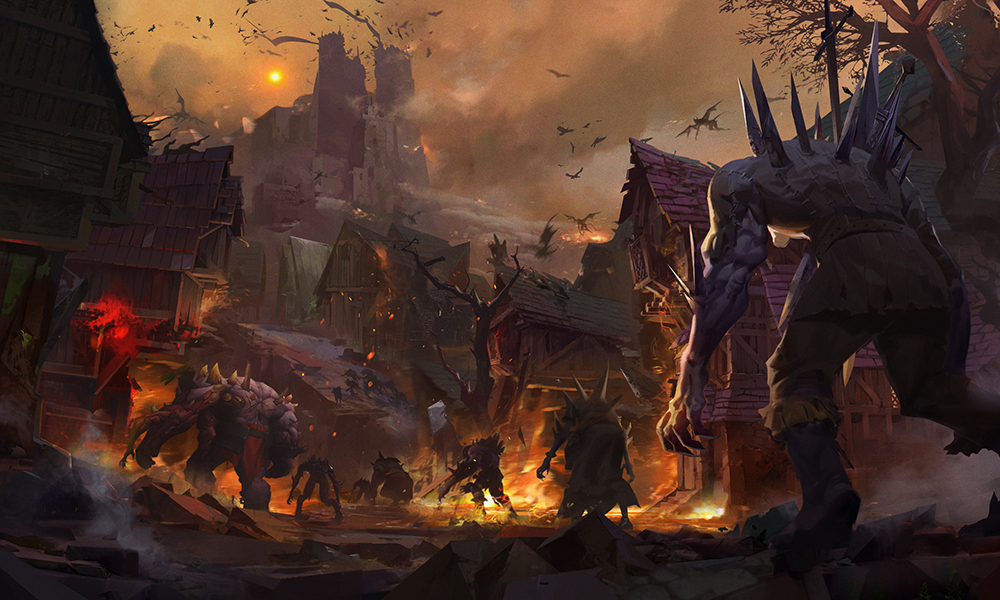